The Winemaking References of Gregor Drescher

Gregor Drescher: Selecting and making the wines for the Süddeutsche Zeitung was a grate challenge. Swapping the sides from 15 years of wine-journalism to wine-production was pure fun. An important part of my consultancy deal with the SZ was discretion. So no further comments here…

Gregor Drescher:  While I was tasting  the new range of Giorgio’s wines I asked him spontaneously if he would like to make an ultra premium wine together – combining my knowledge of top wine enology and Giorgio’s local connections and reputation. He was immediately thrilled by this idea. Concerning the wines it was a tremendous success but unfortunately to my opinion we took the wrong partners on board. The first wine was vinified at Stellakaya under very difficult circumstances but it worked out very well at the end.

Gregor Drescher: In 2009 I developed for a Swiss company  the winery and a vineyard concept. For this new adventure I had to establish three independent viticulture teams which were competing in total with 13 different vineyards. In 2010 we harvested the main wine in the raw structure of the brand new winery. I decided to resign my position December 2010. In 2015 I was „kindly“ asked not to mention this swiss company anymore, but I am simply wondering when they will remove my initials from the label.

Based on the consultancy of Gregor the Stellenbosch Private Cellar De Toren produced two Icon Wines. The first wine was the 2010 Vintage BOOK XVII, and all 600 bottles were sold out within 60 days. Retail about 180,-€. The Vintage 2011 can be experienced as a further evolution of this wine. With more precision and elegance BOOK XVII defined in 2011 its own style.

“It has a super-ripe crème de-cassis, fruitcake and fig scented bouquet with a palate that is ostentatious to the point of vulgarity. However, this full-bodied turbo-charged wine is so damn silky smooth and seductive in a super-Tuscan kind of way, that its charms will be near impossible to resist. I found this to be a big, powerful, quite alcoholic wine that is more reminiscent of some cult Napa Valley wines and they would certainly appeal to those who appreciate that style.”

„What revealed itself in the glass was one of the more surprising experiences I have had this year. About as good as it gets across the board, this new wine from the De Toren Stable was Bold. They are incredible wines which are the result of an obsessive attention to detail at all stages of the wine making process. There is no secret or hidden magic going on here. (…) The Black Lion is a decadent, voluptuous style that offers up thrilling levels of fruit as well as an approachable, heady richness that’s hard to resist. The wine is stunning and has everything; gorgeous fruit, awesome concentration and incredible purity. I strongly believe it is very age-worthy. It has a solid concentration and overall balanced profile that should allow them to lay safely in the cellar for the next 20+ years“

„Let us never forget that great wine is an art! This wine is a perfect example of such winemaking skill. A tribute to the ultimate expression of a blend of Grenache, Shiraz and Merlot that will give extreme pleasure to the most exacting of wine connoisseurs.“ 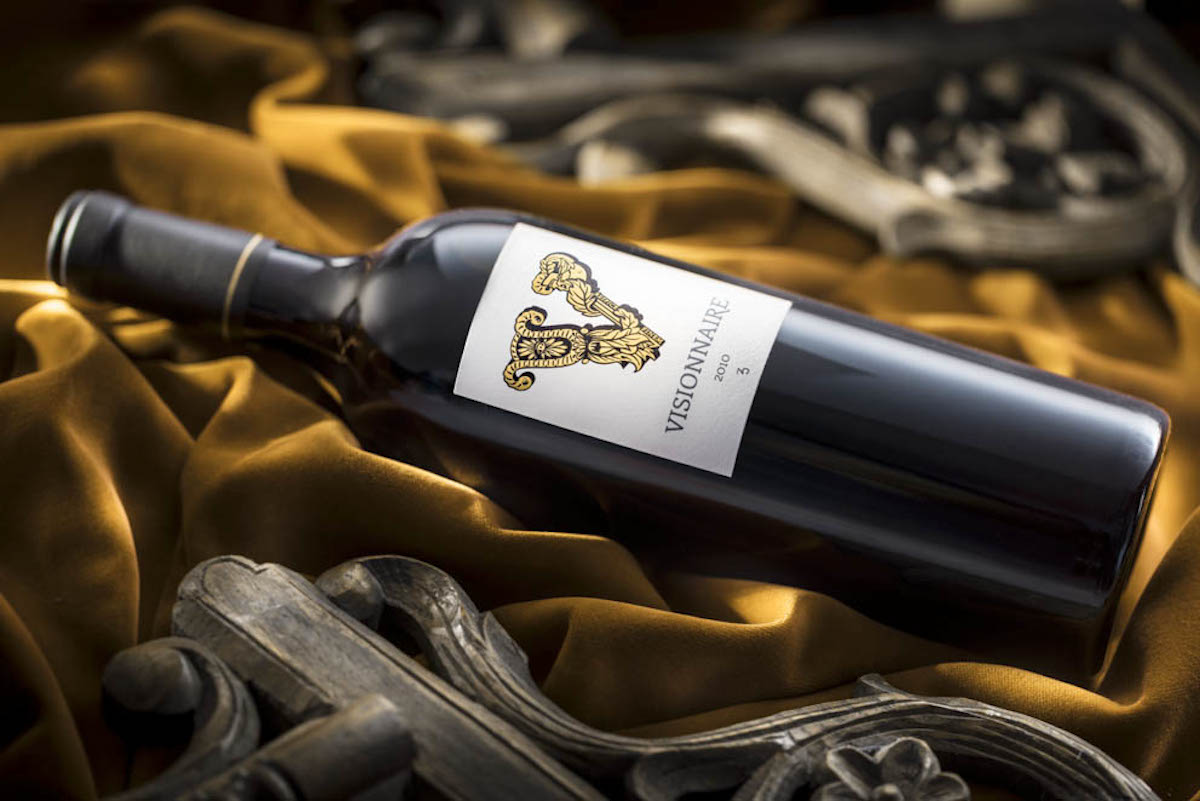 A Vip visit to Visionnaire

Earlier in the year, SuperFAN Charl Engels and I were invited by another SuperFAN, Charlotte Spicer, to head over to De Toren for a special VIP tasting with them. The De Toren tasting is already pretty special, so I was extra excited for this one. I had absolutely no idea it would turn into what it did… This is my attempt at an enthralling “recap” of the afternoon’s events.

We’re on our way to De Toren Wine Estate for a VIP tasting courtesy of our high-level status on the popular social wine review app, Real Time Wine. My expectations are well and truly through the roof and I’m beginning to doubt whether the unsuspecting marketing manager will have any chance of meeting them. Cutting to the chase, I soon realise that I am indeed going to be disappointed. There is no Book XVII lined up for the tasting this evening.

For those of you not in the know, Book XVII is a limited production wine made by De Toren that retails at a cool R1800 a bottle. How do you like them apples?

However, as we are taken through the recently developed cellar space where the Book XVII elixir is brought to life, the consulting winemaker/viticulturist/project leader/big-boss-man comes strolling into the room. After a brief introduction, Gregor Drescher questions our knowledge of French wines. Visibly unimpressed by our meek “hmms” and “uhms”, he reaches for a magnificent bottle standing open on the table in the centre of the cellar.

“You guys ever heard of this?” he asks as he pours a tasting into a wine glass the size of my head. It is the 2010 Visionnaire. A French wine falling under the Expression Unique portfolio managed by De Toren owner, Emil den Dulk, and Gregor Drescher. I’m assuming there are other players involved as well. The De Toren Book XVII, another wine called Red Granite (from somewhere in Europe) and the Visionnaire make up the portfolio of site specific wines of a nature and form you have never imagined.

The Visionnaire is a wine made from grapes that have received the kind of attention that numerous families would never even dream of giving their firstborn. In fact, from Gregor’s explanation of “diva” viticulture, the image in my mind is of him spending every waking moment with the vines as they go through their yearly cycle, with him being extra careful not to spit out his mouthwash on to the soil or roll into them as he’s tossing and turning in his sleeping bag every night.

If I’m honest, smelling the wine does not prompt the nervous little girl inside of me to wet her panties with delight, and it seems rather uninviting. The wine’s caretaker dutifully informs us that this is simply a result of the wine still being a bit “closed off”, kind of like your girlfriend should you forget that thing she’s been reminding you about before you even started dating.

Yet lo and behold, as the wine graces my lips and tongue with it’s almighty presence, something far above and beyond a simple wine tasting experience emerges from my sensory organs. What seems like the Closing Ceremony fireworks from the 2010 FIFA World Cup combined with all the purple and black berries from every LiquiFruit advert ever made explode all over my mouth and my tongue just falls limp in joyous drunken shock. When I finally gather the courage to swallow the fluid that surely stems from the Fountain of Youth, I am anything but relieved of the moment of Utopian bliss from just a second ago. As if ghost wine now resides in my mouth, all the tastes and sensations remain, if not even heightened as a result of the influx of oxygen into the crevice that will no doubt ever be the same again, even should I be blessed with but one brief tongue tickling session with Rachel McAdams.

Whilst my brain and soul are dealing with sensory overload, there is some talking in the background and we move on to taste a few other wines. Needless to say, at that stage I was but a jealous lover who had no interest in any other vinous specimen, as they were in no way suitable to even think of being able to be sipped upon by me.

And thus, as a result, that day shall forever be known as “Unsurpassable wine drinking experience benchmark day that will never ever be beaten by anything ever in the world ever niki touch-backs, touch black can’t give back” day. So that’s my story! Turns out this foray into Real Time Wine has its perks! 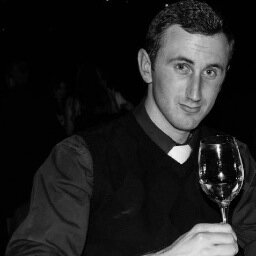 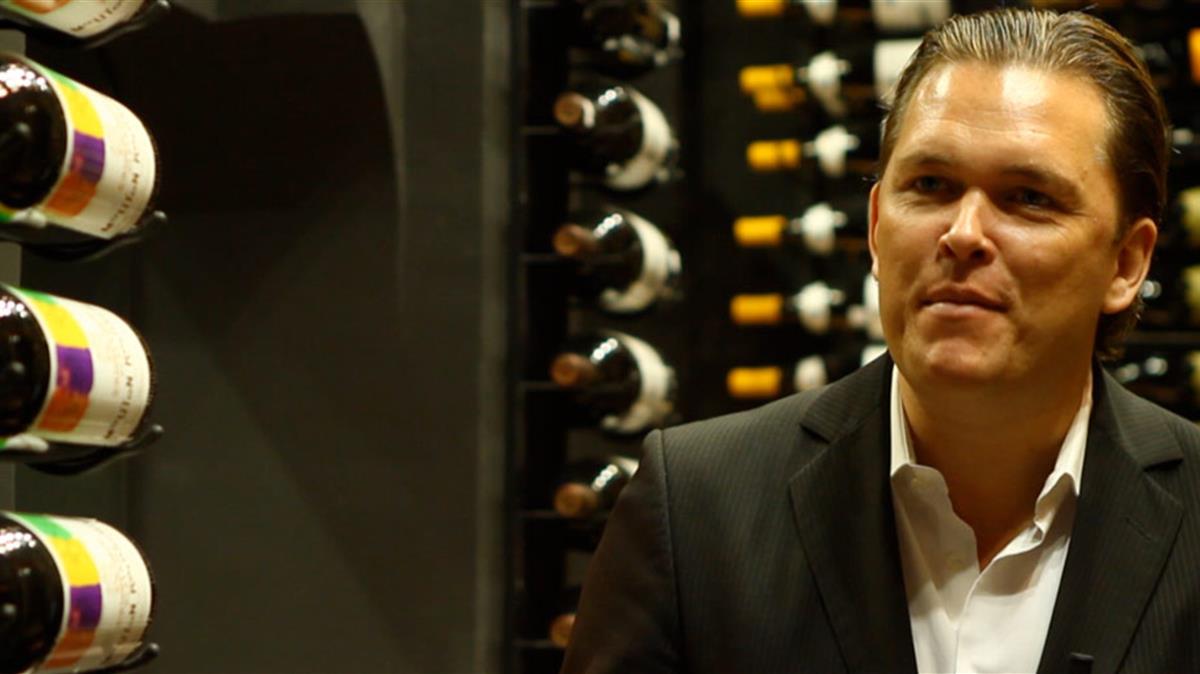 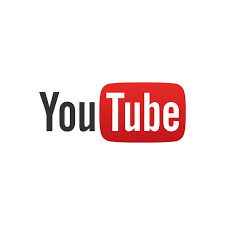 „Colour is developed with a slightly brick rim, medium-deep ruby at the core. The nose is also showing some evolution and complexity I would say. Rather a traditional style that has gotten a prolonged oak ageing.

There is hints of leather spice box tobacco. Elegant fruit here like sweet red berries. Some chocolate praline. Nice palate here. Rounded and subtle. I feel that this is a wine that probably felt very intense and rich when it was younger. I think this is a fine ageing that has rounded off those ages. It is a quite high level of ripeness. I feel certainly a high degree of alcohol. Doesn’t disturb me on the taste whatsoever. It still feels like warmer climate, riper style. Quite layered, with a lot of dried spices. With clove, pepper, ginger and that sweet fruit.

Quite a lot of tannin but I think they are just about to integrate now. However, they do contribute to a long and persistent finish. Approaching complexity there, with all the spices going on. Some tobacco and leather on the finish as well. So I would say an elegant in a traditional style, even if I have no clue what it is, but I like it.“

Despite his title and high demand he still maintains his sommelier functions as the wine director in the renowned restaurant PM & Vänner in Växjö Sweden  There he oversees the sommelier team and works closely with the chef on menus, food & wine pairings and manages an exquisite 27000 bottle cellar containing gems from around the world. Currently this list has around 3500 references and is amongst the best in Europe.